Modified 3-Jul-16
Created 3-Jul-16
Well, that's definitely a first. In the past, I usually meet and get to know clients through various mediums - email, referrals, friend of a friend, over coffee, etc. - but for Meredith specifically, things were a bit different this time around. For the unacquainted, Meredith happened to be one of Donna's old roommates and over the last couple of years, I've had the distinct pleasure of getting to know her as well as Sam. Not to mention that Meredith and I are both crazy enough to pursue a Ph.D but those are ramblings for another time.

When I started dating Donna, one of the things I immediately learned about Meredith was her enthusiasm and willingness to get to know other people. I remember the first time I was invited over for one of their "family" dinners. At first, I thought it was euphemism for some tortuous interrogation (partly true) but to my surprise, it really did feel like a family dinner. Gathered around their dining table, we shared our ramblings about our graduate life, indulged in Meredith's gin and tonic cocktail and ended most evenings with several games of Hearts (warning: play at your own discretion, this game ruins friendships). It was over the course of these dinners that I would also learn about Sam.

At the time, Sam was back in his hometown in Pennsylvania. Both Meredith and Sam had met during their undergraduate at Cornell and after graduation, Meredith moved down to Baltimore to pursue a Ph.D at Hopkins while Sam was home with his family. On occasion, Sam would come visit and I would never forget our first meeting. Well, we actually didn't meet in person. It was actually over FaceTime and if I'm not mistaken, Sam might have had a handful of gin and tonics prior. Though we haven't officially met yet, Sam proclaimed, "that David Chu, he's a good guy! I like that guy!" Some may say it was the alcohol talking but I like to believe he knew what he was talking about.

That said, for those of us who know Meredith and Sam, you know just how pure and genuine their hearts are. Whether it's at one of their family dinners, game nights or annual Irish breakfasts, when you're with them, you knew you were family. Truthfully, the love that they share is the love people sing songs about and something everyone hope to find one day. It's no surprise that ever since they've met, they've been inseparable. And on their wedding day, Meredith and Sam got married - not once, but twice - in front of their friends and family in Doylestown, PA.

Meredith and Sam, I just wanted to say that I am humbled that you were willing to share your wedding day with me (as a photographer and also a guest) and believed in my creative vision. I can only hope that these photos are a continual reminder of the happiness you share, not just between yourselves, but the joy you two share with everyone around you. Thanks so much! 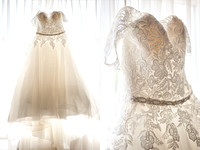 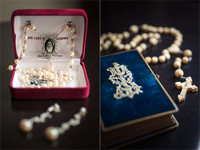 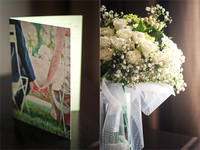 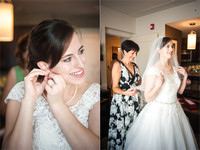 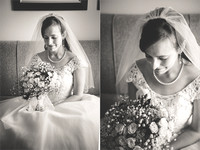 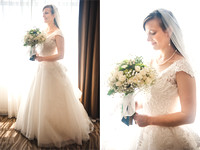 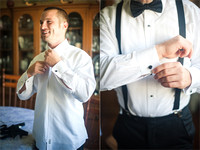 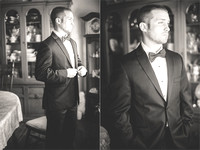